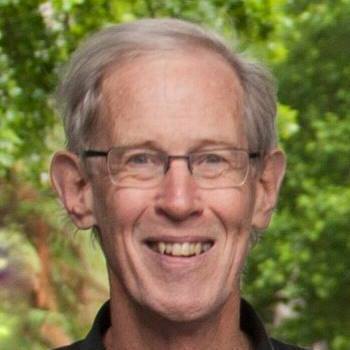 DYO rocks out with a rumble and a roar at Kavanagh College!

In a brilliantly chosen programme, on Wednesday, 19th of September, the Dunedin Youth Orchestra succeeded once again in meeting and surpassing any expectations an enthusiastic and rapt audience may have had. Although she knew that the Mountain King was lurking in the wings, Emily Gordon, a neophyte conductor, kicked things off – calmly earning her wings and then some – controlling the orchestra with ease and producing a disciplined and expressive performance of Borodin’s In the Steppes of Central Asia. To follow on, Andrew Robinson, clarinetist, (in a Rossini showstopper) mesmerized the listeners with his gorgeous tone and pyrotechnics – leaps, jumps and somersaults were launched from his licorice stick – candy and fireworks!

The winner of last year’s prize in composition had his piece played next. Isaac Shatford’s The Thing beggars description. Quirky, engaging, whimsical, intriguing, tuneful, easy to listen to but not derivative – an original. The orchestration had a light touch and the piece took flight. At the very end, it simply vanished, like the Cheshire Cat, refusing to return to captivity or to be pigeon-holed.

Peer Gynt was a naughty boy (cf. Till Eugenspiegel or Hary Janos). [Attending a wedding you were not invited to and stealing the bride away only happens in folkloric fantasies, doesn’t it? hmm did you see The Graduate?] Anyway, the orchestra had a juicy staple of the repertoire in the Peer Gynt Suites in which to prove its mettle and the orchestra came through. The DYO was weighed in the balance and found triumphant and ticking all the boxes – consistency of ensemble and cohesive expression.

Certainly every member of the audience noted that three of the musicians on stage were having an amazing amount of fun playing the concert! One was a percussionist (a violinist in disguise) who was basically dancing the whole time, dancing to her tambourine, dancing as she teased the bass drum into action and having a jolly good go altogether, living the joy of the music. Then there was the brace of violists. Obviously they were playing together, and spot on (accurately) too, on the off beats, the slivers of solo moments and during the moments when the orchestra united in waves of full-throated sound.

One of these, Ngaru Martin, turned out to be one of the winners of next year’s Young Musician Award. It must have been very clear to her peers and the powers that be that here, within a section, is a leader who ignites others with her passion and involvement in the music, a natural. (What in the world will she play for a concerto? Bartók? Ritchie?). These Musician’s awards were beautifully presented by Sandra Crawshaw who thanked the firmaments of the Dunedin heavens and all those involved in keeping everything ticking over to ensure the life of the DYO. Tessa Dalety-Evans is the other winner. Now, she may not have caught your eye leading the section (although a keen observer would have taken in the divisi bits where the two outside players in her section followed her lead for some beauteous melodies together), but I can witness to you that she played a solo piece for the Friends of the DSO event that would have knocked your socks off and had you been in tears at the same moment. This is a musician of the first order in the making!

Mendelssohn‘s Hebrides Overture, nostalgic, descriptive of time and place settled the audience after the interval. It was so sweetly painful. Seeing and hearing these young musicians play the piece was a bit sad, but at the same time life affirming – our youth can counter the ills of our day and create a future – possibly in F Major … lol

The genius in the programme planning was made clear when the orchestra began Sunrise, (or, modern times ‘Morning Mood’?) Only Haydn’s Le Matin (6th Symphony) and Mahler’s Titan (1st Symphony) compete in this tone painting competition of the beginning of day. Mahler’s is wonderful and prolix but, Grieg’s take is heart-warming, like the sun. Ase’s Death may be the deepest and the most moving moment of any of Grieg’s oeuvre. The unnoticed mastery of his inverting the ‘tune’ with its harmony is magical.

The ultimate moment of the concert of course was its ad tag – Mountain Kings! The massed musicians on stage came together as one. The Mountain King they invoked, summoned with their incantations and wild wailing, appeared! He threatened us with a tsunami of sound that would sweep us all away in its path. The roaring audience at the end of this concert were applauding this scary thrill and their happiness in surviving the Mountain King!

Kudos to Anthony and each and every member of the DYO!