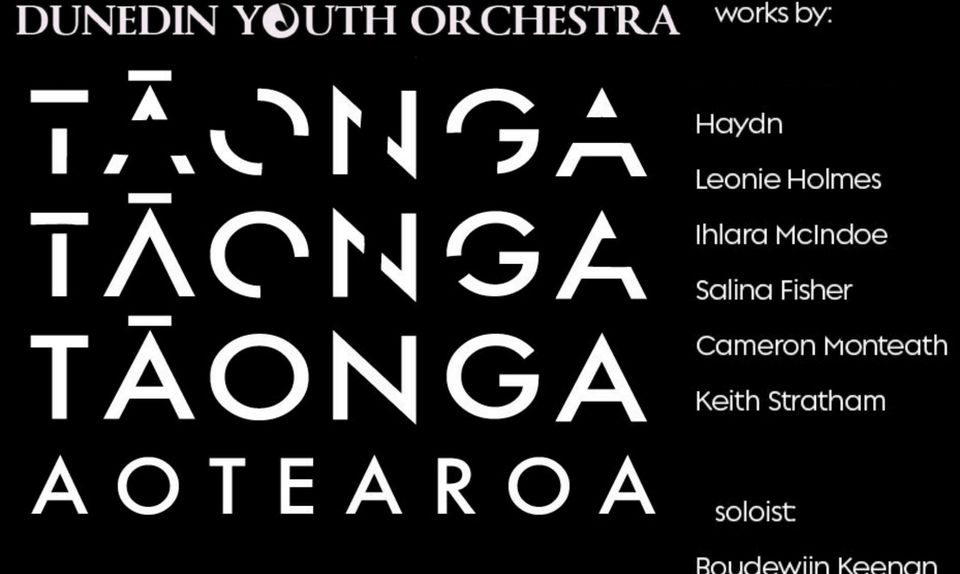 At the end of what can only be described as a semester of uncertainty it was heartening to see the Dunedin Youth Orchestra (DYO) provide some sort of end of semester clarity for its players in the form of a live streamed rehearsal-concert experience last Friday night. Conducted by Peter Adams the programme featured a selection of works predominantly composed here in Aotearoa and showcased the wide range of repertoire the orchestra is equipped to play.

The programme began with the second and third movements of Joseph Haydn’s Cello Concerto No. 1 in C major performed by soloist and orchestra member Boudewijn Keenan. The two movements were an excellent showcase of Keenan’s impressive and ever developing prowess on the instrument, displaying both expressive lyricism in the second movement and virtuosic flare in the third. The orchestra began somewhat tentatively but settled in well into dialogue with the soloist despite somewhat overpowering the cello at times in the third movement.

The next work in the programme began the evenings focus on music composed here in Aotearoa as I am not made of mud, meat, or music for orchestra and tape by Ihlara McIndoe received its world premiere. McIndoe, this year’s NZSO National Youth Orchestra composer in residence, drew from her reading of Donna Haraway’s “Cyborg Manifesto” to create an intense, at times grungy work that questions the boundaries between human and machine. The orchestra showed impressive commitment to the wide range of sonic demands the work made of it’s players, with oboe multiphonics and the various string textures sounding with particular clarity.

Long serving orchestra members Rose Stevenson (Violin) and Ellen Walters (Cello) were then recognised as recipients of the 2021 Young Musicians Awards, an award that will see the players featured as soloists in the DYO’s 2022 season, just as Boudewijn Keenan was in this concert.

Another world premiere followed with the performance of 2021 DYO Audrey Reid composition competition winner Cameron Monteath’s piece Two Variants. A piece evoking the landscapes of Central Otago, Monteath, a current orchestra member and student at the University of Otago, effectively harnessed a broad palette of sound including effective use of flowing melody and energetic textures to depict the wide variation in weather and climate that occurs across the Central Otago region. The work was impressively handled by the orchestra, who adeptly led us through the many characters and visions that Monteath conjured.

Salina Fisher’s beautiful and elusive work Galaxy, which was inspired by the still star-lit sky over Akaroa harbour, provided a calmer evocation of New Zealand’s landscape. Peter Adams then stepped aside and Rachel Barton conducted the orchestra’s string section in Keith Statham’s expressive Pastorale, which continued the nature and landscape theme in much of the evening’s repertoire. The final work on the programme was Auckland composer Leonie Holmes’ 2008 work In the Lair of the Cave Weta. An energetic and foreboding work that showcased a number of the orchestra’s principles in solo roles, the orchestra’s verve and attention to articulation throughout the work was impressive, even if at times some rhythms were a tad unstable.

Overall it was an impressively delivered programme in trying circumstances. Pivoting to live streamed video mid semester is undoubtedly a huge logistical challenge and the uncertain nature of the alert levels will have been extremely disruptive for both players and families who wished to attend on the night. Considering all this the orchestra was well prepared and delivered an effective performance they can be proud of. The livestream was well filmed and the audio quality was impressive. Credit to all those involved and we can only hope for a return to more predictable concert environments and schedules in 2022.